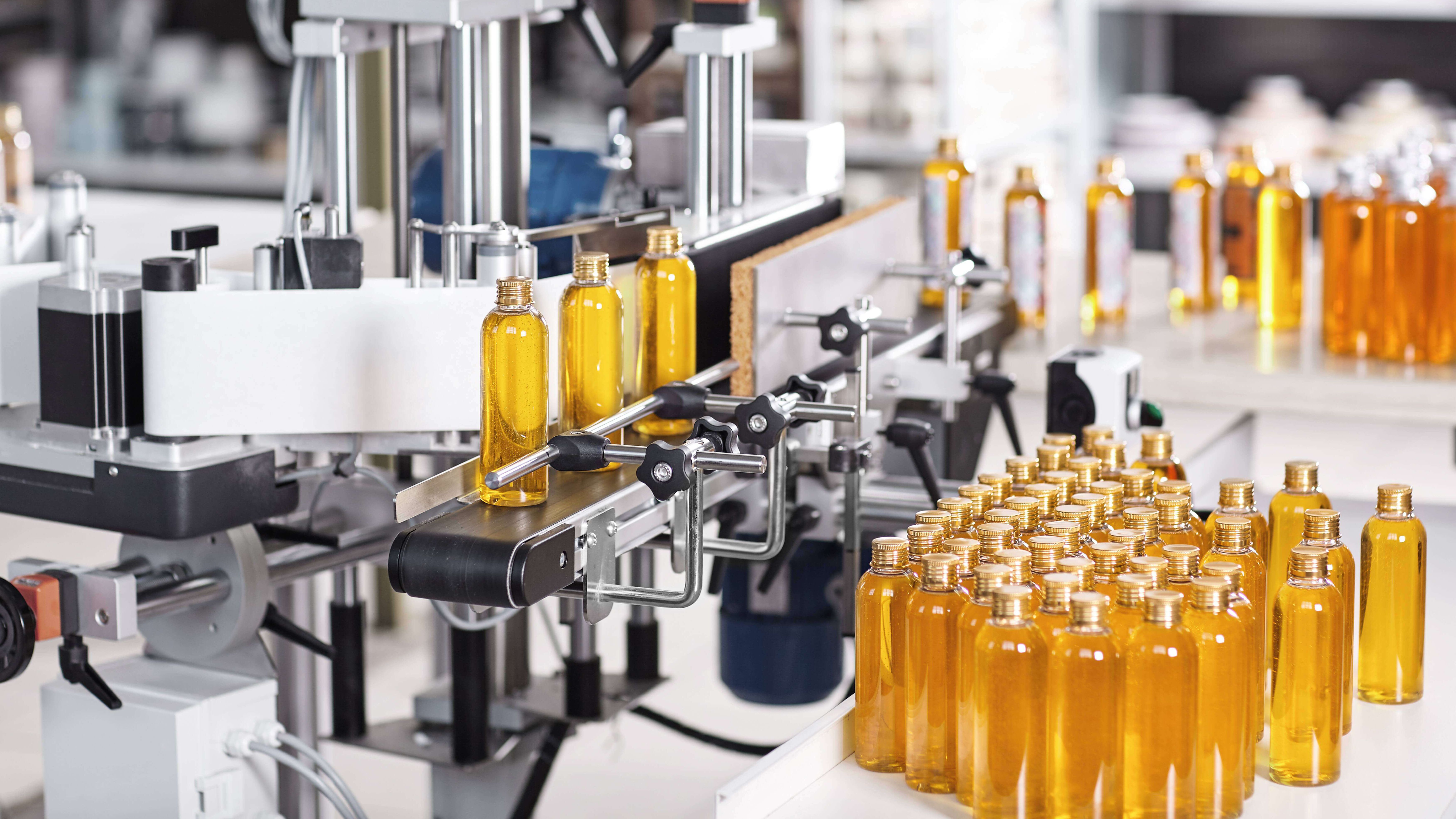 A manufacturer of cosmetics and personal care products responds quickly to customer requests.

Wellness with sustainable body care products enjoys great popularity - and in this case study confronts a company in the cosmetics and body care industry with a rapidly increasing demand for shampoos and bath salts. In order to quickly meet this demand with an increased production volume, the company worked with ROI-EFESO to identify improvement potential in the line and define measures that could be implemented in the short term. The premise was to forego investments in additional equipment - and instead to increase the efficiency of production with process optimization under lean aspects.

On the basis of a comprehensive analysis of the operational processes - particularly in key areas such as the filling and packaging lines - ROI-EFESO worked with the workforce to identify sources of Waste and potential for improvement. This resulted in the thrust directions for a new shopfloor management (SFM) system, which was designed "ready to go" with target KPIs as well as an implementation roadmap. Accompanying lean training and coaching enabled the employees not only to actively use the system, but also to continuously develop it further.

A company in the personal care industry finds itself in bottleneck situations in production when demand for its care products is high. New machines are not an option - in fact, there are other ways to increase production volume in the short term while reducing scrap and rework.

Identification of improvement potentials with the plant team in the analysis phase, design of an ideally suited shopfloor management system and creation of a roadmap for its implementation; lean training and coaching for long-term anchoring of the lean philosophy.

Top-down commitment, a strong shopfloor presence of consultants, and hands-on lean training of employees as factors critical to success.

Combination of process optimization and introduction of a company-specific shopfloor management system; increase in line output by up to 30% through measures such as an increase in the filling line cycle.

The company, which is rich in tradition and has grown steadily for decades, positions itself at the top of its market with an extensive portfolio of classic care products. Production bottlenecks occurred with shampoos, bath salts and other best-selling articles, and the respective filling lines were sometimes repeatedly running at the limit. However, an increase in output was not to be achieved with new equipment, but with the line's existing machinery. Previous initiatives to increase the production volume had integrated rudimentary shopfloor approaches, but the results did not meet management's expectations in terms of productivity and transparency. Therefore, the company commissioned ROI-EFESO to design and implement a Shopfloor Management System. This should

The solution proposed by ROI-EFESO combined two fields of action: A process optimization under lean aspects was to increase the output of the lines in the short term. This was supported by the development of a shopfloor management system for the operational control and short-cycle stabilization of all value-adding processes.

Thanks to clear structures, work Standards and a system of key performance indicators, targets can be defined on the shopfloor and deviations between target and actual values can be recorded transparently. Bottleneck situations can thus be controlled or avoided altogether by means of targeted and rapid countermeasures. This visualization of the production processes via SFM boards is particularly helpful here: The boards provide comprehensible information about the key figures, their target/actual deviation and the daily status of the implementation of measures.

Accompanying the implementation of the new shopfloor management structures, ROI-EFESO prepared the team leaders for their roles and responsibilities in practice-oriented coaching sessions. The entire team received basic training in lean and shopfloor management know-how to enable them to implement SFM, solve problems and make continuous improvements.

In the first step, the project team took a close look at the status of operational processes in three key areas: raw material blending, filling and packaging. In this context, the processes of the machines, where bottlenecks repeatedly occurred, were scrutinized and Waste analyses were prepared. Potential for improvement quickly became apparent - for example, the machines were not running at their maximum speed, but only fast enough for the employees to cope with the output in the subsequent manual packaging process.

During the analysis of the operational processes, the paper documentation in the line environment, for example, proved to be extensive and in part redundant, for example when the same data was logged in several paper order folders. The project team also identified opportunities for improvement in changeover times in lines with a greater variance in the filling and packaging of personal care products. Here, for example, changeover processes could be accelerated by running preparatory work in parallel.

However, adjusting the cycle rate of the machines, which were not even running at their possible maximum in the filling lines, proved to be particularly effective. The reason was that the team should not be overtaxed in the subsequent manual packaging process. But from an economic point of view, the utilization of the expensive machines has priority - instead of throttling the machine, it would be better to increase the packaging team. And indeed, in this case, it brought more profit to increase the machine's cycle and hire an additional employee.

Based on the results of the analysis, concrete improvement measures for process optimization were derived in intensive cooperation with the employees and an implementation roadmap for the introduction of the shopfloor management system was developed.

Since the company was only familiar with very rudimentary approaches to a shopfloor philosophy, the project team initially opted for a classic, simple solution: instead of a digital shopfloor solution, a paper-based solution was introduced. The advantage is that the team in the plant can learn and apply lean principles much better through clear and coordinated targets. Particularly in the early phase of the pilot, it became apparent that the employees were able to contribute very well to the design of the boards and the content and in this way were behind the concepts developed.

Thanks to a system of key performance indicators (KPIs) consisting of results, process KPIs, and area targets, target/actual deviations can also be clearly and transparently recorded at every level. This also enables the line managers to initiate rapid and targeted improvement measures as required, such as readjustments to the filling systems or short-term quality circles for quality deviations that have occurred.

The positive team spirit was particularly important for the success of the project. Particularly in the implementation of the "roadmap" on the store floor, the close and motivated cooperation of the employees proved to be a key driving force. Suggestions for improvement were readily taken up by the employees. For example, in a test week, the teams tried out whether stable processes could still be ensured with an expanded packaging team when the cycle was increased to maximum speed.

From day one, management underlined the high priority of the project with active participation. In addition to the high importance of top-down commitment, the following points proved to be critical to success:

The project was characterized by intensive cooperation, both between the management and the project team as well as within the entire shopfloor team in the lines. The ROI-EFESO team received feedback that they had provided valuable support with "practical relevance, social competence and experience". The implemented measures, in particular the higher cycle time of the filling lines, increased the output by up to 30% depending on the line. Shopfloor management routines and continuous improvement processes (CIP) quickly developed.

The analysis phase and the shopfloor also led to the identification of a whole series of fields of action and follow-up topics which, although not addressed in the project, are valuable points of reference for future improvements. For example, the topic of "paperless/low paper factory" developed into a preliminary study for the selection of a manufacturing execution system (MES) or a system for production data acquisition (PDA). The company can now activate further potential, for example, with the introduction of a software-supported production planning system (PPS), the digitalization of shopfloor management or the use of an MES.