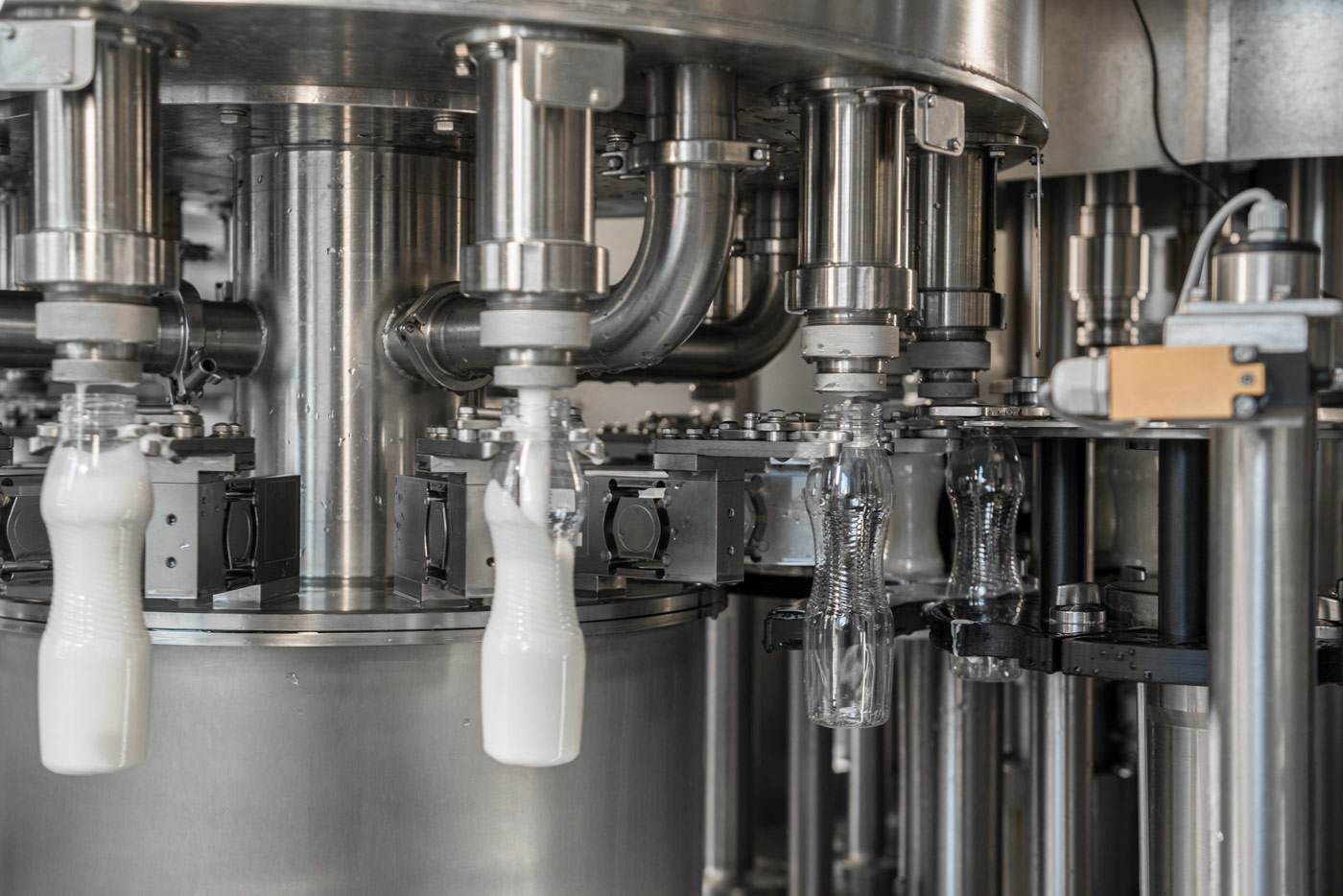 A large dairy is digitizing its processes and building a factory of the future.

With a clear vision, a dairy company in the Middle East is continuing its success story: After times of war and factory fires, it is building the most technologically advanced "Future Factory" in its region. With ROI-EFESO, the company is developing a concept for the factory to be built on 70,000 square meters by 2030 during the Covid-19 pandemic - and combining this planning with a digitalization/industry 4.0 initiative for ongoing production.

A large dairy wants to build the most technologically advanced "Future Factory" in its region. With ROI-EFESO, it is developing a concept for a future factory to be built by 2030 - and combining this planning with a digitalization/industry 4.0 initiative for ongoing production.

As-is analysis, conception of space requirements, factory layout and roadmap for the implementation of the "Future Factory"; assessments, use cases and target images as a basis for the digitalization/industry 4.0 initiative.

Committed cooperation between the teams of both project streams is crucial for success. In addition, methodological basics such as "greenfield - brownfield" and "planning level from rough to detailed" should be consistently followed.

With this approach, the large dairy concentrated on solving the two most urgent challenges: First, an optimal factory structure had to be restored as quickly as possible. This involved not only the reconstruction of different parts of the building on the factory site, which had been damaged by bombs and fires, but also the restart and stabilization of the demanding processes of milk processing. On the other hand, the existing but highly fragmented digital solutions had to be integrated and further developed for all workflows to function smoothly.

A future factory with 70,000 square meters is being built - planned "remotely" from a distance of 4,000 kilometers.

This already set the "bar" of the project exceptionally high. However, there was another challenge: Due to the Covid-19 pandemic, the ROI-EFESO team carried out the entire project via "remote operation", i.e. via video conferences and online sessions from a distance of 4,000 kilometers.

Instead of proceeding sequentially, the project team of about ten team members on site and five consultants in Germany therefore pursued two planning strands simultaneously. It developed a concept for the Future Factory 2030 in combination with a digitization initiative. For both strands, the team considered Industrie 4.0 scenarios and technologies and developed a roadmap for implementing the proposals in future project phases.

During the conceptual design of the "Future Factory" it became apparent that the existing factory layout was highly complex and created or reinforced hurdles and inefficiencies in the work processes. These included cleaning, skimming and heat treatment of the milk as well as other typical steps in the production of standard and group products. In total, production with a workforce of around 800 employees was spread over nine separate buildings with up to four levels.

In order to create an optimal "foundation" for the Future Factory that can exist beyond 2030, first the objectives were clarified:

The project team ensured transparency by involving all relevant stakeholders in the company and moderating at important points, for example in the event of varying understandings of processes among those involved in the project. Since the team was given a high degree of freedom by management in developing the concept, it quickly achieved results thanks to committed employees and a narrowing down and prioritization of the most important tasks.

The team was also confronted with challenging initial conditions for the digitization initiative. In particular, the "gaps" between the IT and OT departments proved to be problematic: Their technological separation led to a high level of manual effort in order to create transparency concerning the current status of production. At the same time, the organizational separation of the departments resulted in the development of different solutions for the same task. And last, but not least, there was no clear overall picture of the use of the approximately 15 existing IT and OT solutions, some of which were very individually designed.

In addition to the IT/OT integration, the following challenges also had to be solved:

The team developed the following solutions for the two project strands:

Factory Planning 2030+: Meeting Basics, Mapping Material and People Flow
Based on an as-is analysis as well as a conception of the space requirements, the factory layout as well as a roadmap for the implementation of the planning were to be developed. The central elements were:

In order to identify weaknesses in the current production and to be able to further elaborate the "Future Factory" concept in the future, the project team visualized the material and people flows in a detailed map as well as with flow matrices and a Sankey diagram. This enabled the discussion of a clear vision for 2030 with all stakeholders in the company.

From the use cases, the company derived project charters for 13 digitization initiatives, including digital shop floor management. For each area, the charters specify which set of solutions is best suited to achieve the set goals.

As additional results, an effort (quantitative) and benefit assessment (quantitative and qualitative) for all projects were already available in this phase. Finally, the roadmap for implementation could be formulated particularly precisely and transparently on the basis of a comparison of the project plans with the internal and external capacities of planning offices, IT service providers etc.

One of the biggest challenges for everyone involved in the project was to master complete "remote planning". After all, without any on-site presence, it was very difficult to develop a feeling for the actual spatial conditions in the dairy. In addition, a high degree of complexity had to be mastered in both project strands. This succeeded excellently due to the committed teamwork of both project streams as well as other success factors:

In addition to combining factory planning with digitalization/industry 4.0 initiatives, thoughtful automation proved to be the right starting point in this project to address the labor shortage. The unusual situation of purely "virtual" collaboration required creativity to find new formats - in addition to the typical video calls, this was, for example, a virtual live factory tour via 360° camera.

In doing so, the team implemented a successful model that follows an important principle: creating lasting, consistent solutions with clarity. This can be done, for example, in precise, unambiguous planning specifications or by ensuring that the project managers in the company develop and share a realistic view of the current situation. On the methodological level, digital planning tools such as his sketch-up visualization for flows of people proved particularly helpful.

In addition to the results already mentioned, the company was thus able to name its growth options for the time horizon of the next 10 to 15 years already in the conception phase, for example by shifting finished goods inventories. This is accompanied by a detailed roadmap for implementing the measures in the coming years. The dairy has thus created the ideal conditions for implementing its vision of the technologically pioneering "Future Factory" in the region.